Once Upon a Tiara Book Series

They say beauty knows no pain… but it certainly knows heartache. Find out how these beauties found their silver lining in the clouds (make that tiaras) 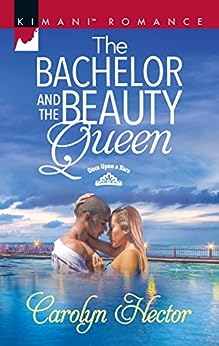 The tall, sexy stranger who just barged into Lexi Pendergrass’s shop looks like a perfect ten to her. But not only does Stephen Reyes accuse the former beauty queen of selling his young niece a scandalous dress, he then prevents Lexi from buying her dream property next door. Not exactly Mr. Congeniality. Even still, beneath their bickering simmers an inconvenient chemistry that’s shaking Lexi’s legendary poise to the core.

Real estate mogul Stephen has had his world rocked twice in recent months. First, he became guardian to his late brother’s children. Now he’s falling for a feisty Southern beauty who, when she isn’t coaching his pageant-crazy niece, is schooling him in desire. He misjudged her once. Now he’s using all his seductive talents to win Lexi for now and forever…

Reality show producer Amelia Marlow has a score to settle with sexy Nate Reyes—and buying him at a bachelor auction promises sweet satisfaction. After all, it’s thanks to him that workaholic Amelia is on temporary leave in her sleepy Georgia hometown. The least he can do is help her while she’s stuck there! But the forty hours of community service Nate owes soon turn into sensual and sizzling overtime…

Nate wants to make things right with the gorgeous Amelia. Through sultry days and even hotter nights, Nate’s surprised to find she’s slowly turning his “no complications wanted” attitude into intense attraction. And he soon discovers that he’ll do anything to prove that there’s only one perfect place for Amelia—in his arms!

Makeup artist Zoe Baldwin can’t believe the gorgeous guy she flirted with on the way to a job interview was her potential boss. So when Will Ravens, CEO of his family’s cosmetics company, tells Zoe her innovative approach isn’t right for his brand, she agrees to work alongside him at a beauty pageant to prove her skills. But where there are sparks, there’s certain attraction…

Will is fighting to keep his family legacy afloat. He’s going back to basics at Ravens Cosmetics, leaving no time for romance or Zoe’s avant-garde ideas. But despite his intentions, he finds himself falling deeper under Zoe’s sensual spell. Amid the chaos caused by company sabotage, can both their career dreams and passionate fantasies come true?

A Tiara Under the Tree

The ultimate prize this Christmas…

Dominic knows that his golden touch can fix almost anything—including Waverly’s tilted tiara. Against his own will, Dominic is mesmerized with his stunning new client. He’s falling for the pageant princess and the vulnerable yet sexy woman within. But when Waverly’s ultimate goal finally comes within reach, can he help her achieve professional redemption and find his Princess Charming under the mistletoe?

A Once Upon a Tiara story

If Kenzie Swayne didn’t require a date for a string of upcoming weddings, she’d turn Ramon Torres’s offer down flat. The gorgeous entrepreneur stood her up once, unwilling to let emotion interfere with his ambition. Ramon needs Kenzie’s expertise for a new business venture, so he agrees to escort her. But when secrets from their pasts are revealed, can Ramon make Kenzie his—forever?

Her Mistletoe Bachelor (Once Upon a Tiara)

This tycoon knows if she’s been naughty or nice!

After a public breakup, CFO Donovan Ravens plans to spend the holidays alone in a small-town hotel. But beautiful science teacher British Carres has other ideas for the space that the sexy bachelor booked—a contest starring her students. In British, Donovan sees a future he never expected. As they give in to their chemistry, a threat from the past could keep them from finding true love…

Before he takes over as president of Southern Style Glitz Beauty Pageants, Caden Archibald needs to refresh the company image. The PR job can eventually build Maggie Swayne’s media profile, though it means working for the commitmentphobe who walked out on her years before. When their history threatens the company’s reputation, Caden declares that they’re engaged. The fake proposal might save his career…but will the consummate bachelor finally lose his heart?

Falling for the Beauty Queen

Runway and pageant coach Charlotte Pendergrass has swapped her ex-husband’s lavish lifestyle for her family’s quiet Georgia cabin. Her charismatic next-door neighbor is a distraction she’s starting to enjoy. Successful pecan farmer Richard Swayne feels the chemistry between them, but the wary single dad guards his heart. As she helps Richard’s daughter fulfill her pageant ambitions, can Charlotte make her own dreams come true?

Once Upon a Tiara Book 9

A TIARA FOR CHRISTMAS

Kimber Reyes has been good all year—and she’s ready to be a little naughty. Back in Southwood, Georgia, to help her aunt with a beauty pageant, she’s reconnecting with former bad boy Dario Crowne. Her other mission: track down the mysterious designer of beautiful pageant tiaras. Dario is guarding secrets—and his heart. But unless he reveals both, the perfect Christmas gift might slip through his fingers…

Check out my current thoughts