Why are we fighting to sit at a table where we are not wanted…by the majority?

Let’s imagine there’s a dinner and a presentation. You may be allowed to sit at the table but you’re not allowed to eat. If you want to eat, you have to sit at a smaller table mixed with a bunch of people you don’t know but are placed there simply because you have similar hue.

What am I talking about? The RWA Ritas. Every year the members of RWA pay $50 to submit their release of that year if they want a chance at winning a RITA.

RWA acknowledged in a statement  that basically, no Black author has won a Rita. Just to be clear, Beverly Jenkins (I say her name and bow down like Wayne and Garth “I’m not worthy! I’m not worthy”, won RWA’s Lifetime Achievement Award without ever winning a Rita.

If you follow twitter you will find that many Authors of Color #AOC are upset at this glaring mark.

2-Enter an eligible book. I was a part of this group.

As we all know by now, I have 6 kids in my house, 21, 17, 15, 14, 14, and 13. Five boys, one girl. Four of them are my nephews and they are growing like weeds. So between feeding 5 boys and keeping them in shoes that fit and are not torn at the bottom (the asphalt is a killer on their soles at our basketball goal). One kid plays soccer, two ran track, one does mock trial and debate. Between my kids’ schedule, work, my books on deadline, I managed to make time to read the seven entries I was given.

I gave everyone a fair shot and read from front to cover. Two of the authors in my group made it to the finals… so yay! But I also noticed, not one book given to me was written by a Black Author. It wasn’t until AFTER the Ritas were announced that we began to scratch our heads. Mind you… there are like at least 10 of us who entered and judged. That’s of the ladies I know. … not including the #AOC who may have entered (we don’t all know each other). But given that plenty of authors were upset… I believe there were more than 15 entries.

Now, with me being a newbie author and first time entering, but some of the folks I know who entered didn’t final. I’m like What the Entire EFF!!

So let’s fast forward after the hint of #RitasSoWhite got out, the statement came out and some truly nice, genuine authors offered to pay the entree fee for #AOC. And in this case I mean African American authors because two Latinx authors finaled. Alexis Daria and Priscilla Oliveras and their books are yummazing!

Back to the entree fee… it sparked more conversation.

One fabulous author broke down the entrees of AOC/POC vs Non-AOC and times the number of people reading, percentages, math work, carry the two… anyway… as you can see, it sparked more conversation.

The twitter conversation brought up how Harlequin is ending their Kimani line. I am a Kimani author. A lady popped on and said she always thought that Kimani’s were for AA people only and what can she do to help? My initial knee-jerk reaction while at the orthodontist’s office with my son was to list my Kimani sisters and said start there… but I asked first.. what her favorite trope was. Click here if you want to see a list I found and I’m going to weave in some recommendations later on.

I do not want this lady to think I am knocking her or making fun of her for thinking Kimani books are only for African American women. She did reach out for some recommendations. But when I want to buy a book, I read the blurbs. I love anything Presents…but I don’t pull my hand back from grabbing Caitlyn Crews’ latest off the shelf because she is white and I am not. I don’t pick my movies that way. I like a challenge. I like to see what the heroine is up against and go from there. How are they going to to fall in love, back in love, and whatever. Folks, we all fall in love. We all fall for a type of guy. These guys exist in every color. It’s not rocket science.

Let’s go back to the tropes. Love a Small Town romance? Globe trotting romance? Science fiction? Fantasy? (don’t get me started about the co-worker who didn’t really get into my books because they’re not relate-able yet she devoured vampire books.

BUT an author decided she had an answer for it all. Separate awards. For reals folks! Here is the blog…  Here’s the picture that conjures up in my mind though

Does she see the dangers of going BACK in time like that? Multicultural is not a genre. Was this person afraid that by giving #AOC a chance…that it would take away from her? Did the judges who didn’t score #AOC high so they’d place worry that their spot at the table would be taken? Did the success of The Black Panther freak people out? Please take a moment to read this article where the success was said to be Hollywood’s worst nightmare. *le sigh*

And everyone has a feeling on diversity. NPR got in on the discussion. The Billion-Dollar Romance Fiction Industry Has A Diversity Problem And we found out a few hours after that posted…the interviewer was given SIX names. Five of the authors were African American and one was a POC but not African American. The topic was about the exclusion of African American romance authors. Can you guess who the interviewer chose? I’m not surprised. I once saw a clip of this TV show (it was canceled) but the horrible ex girlfriend made the comment… “I want to eat Ethiopian food without being around Ethiopian people”..I mentioned the show was canceled, right.

I have this question. Why are we getting our feelings hurt… getting frustrated over seeking acceptance from folks who DON’T want us? In high school, did we keep trying to sit at the table where there were no seats? Or they flat out said

Why bring in our own table and invite those who WANT to sit with us–no matter the color/creed.. and what else do we say with that? Religion too. No one will be judged… unless you order your tea unsweetened, bite into string cheese rather than pull it apart, and/or sleep with socks on your feet.

I want to start my own group! Lower the membership fee. We’ll have a monthly bracket for the romance that come out that month. Each author will advance in their trope. Best Hometown Hero. Best Alpha Hero. Best.. you get it.

And we’ll name this table ..Be Our Guest.. or Best Guest.. oh! whatever!

clearly this is a work in progress but uh…

At this table we’ll have those who “get it” and those who are “woke” and down for the cause.. the cause being ROMANCE… the HEA Darlings!

Remember my favorite tropes.. these are just a few and my recommendations of #AOC if we share the same taste in these tropes.

This list, by far, does not equally represent the plethora of talented authors. My imaginary table is going to be filled with tons of people… folks on the list.. and folks I’ve met and read along the way.

And remember… You don’t have to be a Beauty Queen to read my books.

Check out my current thoughts 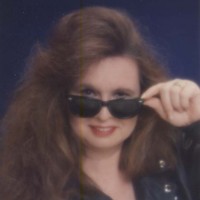